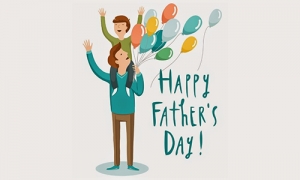 Most Dad’s love vacationing in a cabin, especially in Branson – one of the most fun places on Earth for dad to enjoy his family.

Father’s Day is not just an American Holiday but is celebrated world-wide, though maybe not always on the same day. Check out the facts below and learn why Father’s Day is a holiday and how some early pioneers of this day honored their fabulous Dads.

This Father’s Day consider giving your dad something he will cherish and always remember – time with you!  Spend the holiday in Branson with a stay in one of our fantastic Branson cabins.